(Pictures added by me)

Protesters are set to descend on Cardiff City Stadium when Wales play Israel in scenes that will be reminiscent of the sporting boycott of apartheid South Africa.
On 6 September, when Israel play Wales, thousands of people are expected to protest in a call for UEFA and FIFA to expel Israel and for action to be taken against its apartheid state. Organisers hope the protest, labelled Fair Play for Palestine, Don’t Play Israeli Apartheid, could spark a movement reminiscent of the 1980s that saw South Africa banished from the sporting world and led to international pressure help end apartheid and free Nelson Mandela.

The boycott saw South African teams in sports such as rugby union and cricket expelled from playing international matches after boycotts, pitch invasions and protests.

The match could be one of the biggest in Welsh football history with the potential of Wales qualifying for their first major competition since 1858 if they win their next two games.

Former South African minister and ANC leader Ronnie Kasrils is supporting the campaign and organisers were given a boost when a vocal supporter of Israel and Zionism admitted Israel is an apartheid state for its treatment and separation of Palestinians.

Bradley Burston, a convinced Zionist and senior editor of the Israeli daily newspaper Haaretz, has joined those who now regard Israel as an apartheid state.

“I’m not one of those people any more. Not after the last few weeks.

Not after terrorists firebombed a West Bank Palestinian home, annihilating a family, murdering an 18-month-old boy and his father, burning his mother over 90 percent of her body – only to have Israel’s government rule the family ineligible for the financial support and compensation automatically granted Israeli victims of terrorism, settlers included.

“Not after Israel’s Justice Minister Ayelet Shaked, explicitly declaring stone-throwing to be terrorism, drove the passage of a bill holding stone-throwers liable to up to 20 years in prison.

“The law did not specify that it targeted only Palestinian stone-throwers. It didn’t have to.

“Just one week later, pro-settlement Jews hurled rocks, furniture, and bottles of urine at Israeli soldiers and police at a West Bank settlement, and in response, Benjamin Netanyahu immediately rewarded the Jewish stone-throwers with a pledge to build hundreds of new settlement homes.

“This is what has become of the rule of law. Two sets of books. One for Us, and one to throw at Them. Apartheid.”

John Rose, a Jewish campaigner and author of ‘The Myths of Zionism’ will be speaking at the demonstration on 6 September. 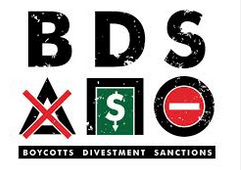 He said: “In Britain the best way to achieve solidarity with the Palestinians fighting the Apartheid state is to become active in the Boycott Disinvestment & Sanctions campaign, BDS.

“The Israeli government is so panicked by BDS that it has established a special unit to try and combat it.

As a member of the UCU, the University & College Lecturers Union, I helped introduce BDS onto campuses. Resolutions supporting BDS have been carried by our union’s annual congress.”

Apartheid does not exclude football and Palestinian players have been prevented from playing at international tournaments, while stadiums have been demolished, players shot at checkpoints, while Arab players and fans face vile abuse from many Israeli terraces.

The demonstration has been called by the Palestine Solidarity Campaign (PSC), with support from PCS Wales, Red Card Israeli Racism, Friends of Al Aqsa and others in a bid to extend the Boycott Divestment and Sanctions Campaign (BDS) into sport.

Jeff Hurford of PSC said: “This the first mass demonstration calling for a sporting boycott of apartheid since the defeat of South African apartheid.

“All sporting links should be broken with the apartheid Israeli state that oppresses the Palestinians. Fair play means siding with the Palestinians who face constant violence, harassment and murderous attacks -most recently last summer in Gaza.

“Israel has launched a war on football in Palestine: footballers have been killed, stadiums bombed and players have been refused permission to travel to matches.

“We are near a “tipping point” where Israel faces its “South Africa moment” and becomes very broadly isolated and vilified, and 6 September will bring that movement to Wales to act as a catalyst for the rest of the UK and world.

“Israel has launched a war on football in Palestine: footballers have been killed, stadiums bombed and players have been refused permission to travel to matches.

“There can be no normal sport in the abnormal situation that exists between Israel and Palestine. We stand for a free Palestine and an end to Israel apartheid.”

Buses have already been booked from across the country for the demonstration and activists have had a warm response leafleting Cardiff City matches, mosques and Cardiff city centre.