Gerwyn Williams’ stable of largely valueless companies, including Coastal Oil & Gas and UK Methane, have found themselves a new home.

Given the apparently parlous state of his finances, I suppose that paying out rent for an office on Bridgend Industrial Estate, that he barely ever used for anything but a glorified mailing address, was a luxury that had to go in these austere times. Luckily, he appears to have been offered a helping hand from a company with a vested interest in fracking worldwide – Guardian Global Technology Ltd of Village Farm Industrial Estate in Pyle.

The registered address of all Gerwyn’s companies has recently been changed to match that of Guardian’s site. According to their website their mission statement is:
“To use our intrinsic culture of innovative thinking to deliver leading edge technology to our clients in the global oil and gas industry, enabling them to capitalise on increasingly challenging opportunities.”

Those clients include some of the major players in the fracking industry worldwide, including Halliburton and Schlumberger. Curiously, their website makes no direct reference to fracking and hydraulic fracturing. Perhaps they don’t want the association and/or search engines connecting them. But we know that frackers are a core part of their target market because one of their executive and board members, Chief Technology Officer Iain Maxted, was kind enough to make this clear when he appeared at a Sustainable Wick public meeting in Wick a few months ago, where Frack Free Wales were doing a presentation.. 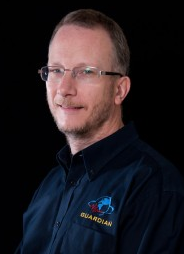 Iain Maxted – looked smarter at the Wick meeting with his queen blue linen jacket and neatly ironed kerchief jutting from his top pocket.

Iain Maxted is a Wick resident, so I suppose he just could not stay away when he heard of our public meeting. It turns out that he is a quite a colourful character of some local notoriety.

I wouldn’t dream of questioning his credentials as a mining engineer. I wouldn’t be surprised if crude oil courses through his veins, so steeped in the industry he evidently is from his CV. But not untypically, when talking about other aspects of the industry, including his knowledge of the markets, there was a unmistakeable whiff of you-know-what (or perhaps the cows had been grazing too close to the Community Centre that day).

His disregard for the countryside is also beyond question too, and one reason for his local notoriety. I don’t suppose anyone would be surprised that a guy like this would drive a big 4×4, but this guy owns a fleet of them that he parks on the pavements outside his house to the perpetual annoyance of many of his neighbours. This picture is a screenshot from Google maps – taken in 2013 apparently.

When we drove past recently we saw two of the fleet on the pavement and we got another indication of this guy’s mentality when we clocked the number plates: 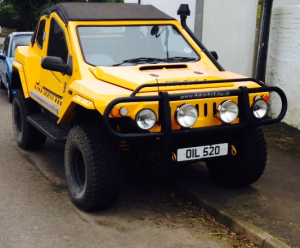 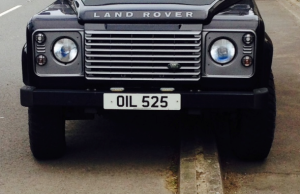 A quick online check suggests these plates are worth about £1500 each. I wouldn’t mind betting he’s got another one at least.

For just £15 he could have bought one of these t-shirts and achieved much the same affect, but hey!

That yellow beast, by the way, is a phenomenally powerful V8 Dakar 4×4 pure off-roader. In his current job, Iain doesn’t get to tear up the countryside directly. He just supplies the kit to let the frackers do it. But with this big boy’s Tonka toy, he can go ripping and roaring his way around the countryside to his cold heart’s content.

I digress, but there is irony here. Not everyone in the oil and gas industry is as patently obnoxious as Iain Maxted. I actually have come to quite like Gerwyn Williams. He is a pretty straight guy just trying to rustle up enough to retire peacefully to his luxury home, currently being constructed for him next to the gorgeous Newton Beach on the outskirts of Porthcawl. 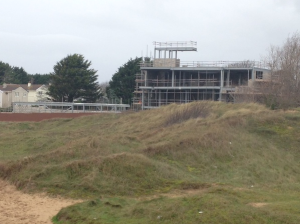 Gerwyn’s luxury retirement home looking like a multi-storey car park a year ago, and with the only visible addition this year of some glazing, looking like a small supermarket at the moment.

But things just aren’t working out as planned for Gerwyn. His home is progressing at a snail’s pace, as he clearly cannot afford to finish what he has started. The same is true with his PEDL licences. He may well have got Environment permits sorted for a couple of sites recently, but I seriously doubt he has the resources to do the test drilling. Having lost the backing of people like Eden Energy, I can’t see Guardian’s magnanimity extending to a 7 or 8 figure loan!!

Things have not exactly been going as planned for Guardian either. Only last year, they extended their Pyle plant (extension opened by none other than Carwyn Jones) and took on extra workers. But now they too are struggling, having already made 29 of their 80 employees redundant earlier this year. 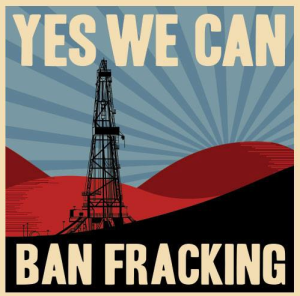 With the next devolution bill coming soon, we will get towards the end game of all this and see an outright fracking ban in place across Wales. Any significant investment at this stage has surely got to be throwing good money after bad. Iain Maxted and Guardian might not be too bothered – their business does not rely on Wales – but given their own current woes, it easy to see why they may dream of a fracking boom in Wales. But such are the vagaries of this industry,  it is clearly impossible to build a reliable future on it. 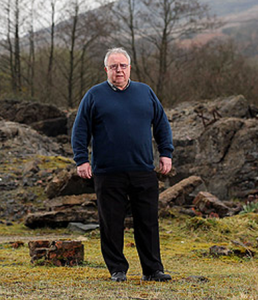 Overall, I think, Gerwyn, you should choose your friends more carefully. Cut your losses, pal, and finish off that house. You have blotted the landscape at Newton with what you have there at the moment. You must realise by now that your plans to blot and blight across South Wales are doomed to fail. Wouldn’t it be nicer to just be able to sit and reminisce about all this over a pint in the Jolly Sailor, than have to continue to put up with working with arses like Maxted? Life really is too short.