Credit where it is due, Education & Skills Minister, Huw Lewis, appears to be steering Welsh Government in a refreshingly progressive direction for once!

In what represents a significant break with the past, Welsh Government is looking to radically transform Religious Education (RE) into a wholly new subject called something like Religion, Philosophy & Ethics (RPE). This is a welcome response to the Donaldson Review of the welsh curriculum, published in February. It appears to have taken considerable heed of the evidence submitted to the Review by the BHA, after consolation with its members and supporters in Wales (including me). 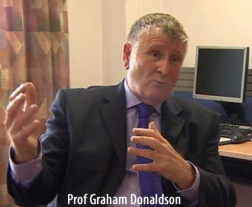 Professor Graham Donaldson claimed that producing ‘ethical, informed citizens of Wales and the world’ should be one of the curriculum’s primary purposes, an assertion which the Education Minister echoed in his comments in the Senedd.

Responding to a question on the need to tackle extremism in schools, the Education Minister stated that schools in Wales needed to ‘rise to the challenge of community cohesion’, and the transformation of RE was an important means of achieving this. Outlining his proposals, Mr Lewis stated that he wants to ‘rename the RE curriculum and transform it into

a religion, philosophy and ethics element of the curriculum’, which would contain ‘an explicit commitment to allow children to ponder ideas around ethics and citizenship and what it means to be a citizen of a free country’.

Whilst further details are yet to be released, the proposed change represents a significant shift in the way RE is administered in Wales, and could signal a move towards the more

thematic and values-led approach that the BHA has long campaigned for.

So, this looks like a genuinely progressive step that, if followed through properly, will set Wales at the cutting edge of transforming attitudes to religious and non-religious beliefs. There remains a long way to go. We still have no detail as to exactly what a ‘Religion, Philosophy & Ethics’ subject would look like and how it would be delivered. But I cannot recall any other such radically progressive initiatives from this generally tired and complacent Labour Government, so it has to be one that we need to see followed through on and delivered.

With Plaid Cymru having their eyes on the Education Minister role as part of a potential coalition deal next year, I will keen to see how they respond to this.