Mike Shauhnessy operates the London Green Left Blog. I don’t often fully agree with Mike’s analysis of things, but on this occasion he echoes my thoughts exactly. I am therefore reflagging it here: 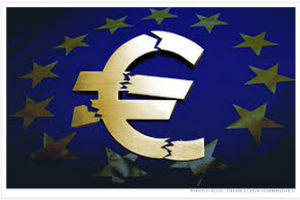 I think it is fair to say that the British far left has, by and large, remained anti the European Union (or its various predecessor organisations) over the years. Of course, Tony Benn was always against our membership, but the broader left in Britain (the Labour left and the trade unions) changed from its opposition to the EU to a position of being in favour of continued membership in the late 1980s.

What caused this change was the Thatcher Conservative government in Britain at the time and the introduction of Jacque Delors European Social Chapter. In the autumn of 1988 Delors addressed the British Trade Union Congress, promising that the European Commission would be a force to require governments to introduce pro-labour legislation.

Delors appeared to be an ally for the British left’s fight with the Thatcher government, and this is where the roots of the Conservative Party’s opposition to all things European began. ‘Socialism via the back door’ was a phrase much bandied about at the time by the right of the Tory party and their cheerleaders in the press.

I think something is changing though and the treatment handed out to Greece over the last five years, and most acutely since the election of the Syriza anti-austerity party to government, has been a catalyst for a mood change amongst many on the British left.

I conducted a poll on the Green Left Facebook Page last week on the question of ‘does the EU’s treatment of Greece make you more likely to vote for Brexit’. Although the sample was small, there was a marginal majority from yes voters. The Green Left Facebook page has a lot of Green Party people using the site, so normally I would have expected a fairly large majority for no voters to this question.

Veteran of the British left Tariq Ali has said, that Greece has made his mind up to vote for Britain’s withdrawal from the EU when our referendum comes around, probably next year.

I read an interesting piece today by Ian Dunt on the Politics.Co.Uk site, entitled ‘The British Left is Finally Turning Against the EU, in which he argues against the EU from a largely anarchist perspective. He writes:

Today’s referendum reflects how Syriza has started to re-introduce the notion of participatory democracy to Europe…This week has finally seen this lesson start to be internalised by the left. It has done more to further the eurosceptic cause than anything Ukip has ever done. The debate has shifted from the right-wing critique of Europe – immigration, market interference – to the left-wing one, which is of German fiscal extremism applied to powerless local communities.

I must admit, I’ve been a Europhile for as long as I can remember as I have always liked the ‘internationalism’ associated with it, but I am having my own doubts now too. I was always happy with the Green Party line on the EU, that is, we want a different sort of Europe, for the people, not for the corporations and bureaucrats. But will we get a change to Europe to anything like we would want to see? I really doubt it in the foreseeable future.

The EU is a thoroughly undemocratic organisation and particularly with recent events in Greece which have thrown the spotlight on this. The EU appears to be going to completely ignore the decisive referendum result against the EU’s terms delivered by the Greek people on Sunday.

I am beginning to wonder whether this is a club I want to belong to after all.