One thing the Green Party is getting good at is spin. Of course it is possible to draw out some positive statistics from this weeks elections:

The reality behind all these claims is a bit more sobering however. 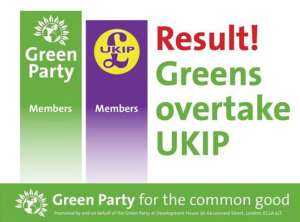 We heard a lot about our membership surging to become bigger than the Lib Dems and UKIP. In numbers that really count however we are still miles behind them both.
In terms of General Election:

In terms of the local council elections held in 279 councils on the same day:

‘More candidates than ever before’ was a given with the huge rise in membership. What is more questionable was the policy of standing in as many seats as possible, even where there was absolutely no prospect of saving the deposit, and even when it was potentially obstructive to an anti-austerity candidate from another party. I’ll save the subjective arguments about that for now, but deal with some cold facts.

Yes, the party saved 123 deposits across England and Wales, compared to just 6 in 2010, but the other side of this coin is that the Party lost 442 deposits this time around (I think it was less than 100 last time). This translates to a whopping £221,000 blown on lost deposits – far more than ANY other party:

Value for money? You be the judge.

This has to be seen in the context of unprecedented exposure in the TV debates and much wider media coverage. The Party and Natalie Bennett clearly were not fully prepared for this and equally clearly failed to make the most of it.

As for Wales, over and above the national coverage, the Greens had the additional bonus of two Wales Leaders debates on TV and the advantage of a leader that had built her successful defence of her position on being a strong media performer in an age where media is all important, or so she claimed. The result:

Looking at the three deposits saved offers some insight and pointers to the way forward, should they wish to learn anything. 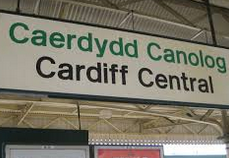 This seat was the focus of all the effort to get Jake Griffiths elected as an AM 4 years ago, effort that was largely squandered afterwards. It is also the seat that, independent studies of Green Party support demographics suggest, should be the best prospect for the Greens, not just in Wales, but the whole of the UK. In other words, if we could not save a deposit here then we really should give up! Having said this, given the turmoil and churn in the local party in recent times, I am not sure many actually expected the best result to be here. 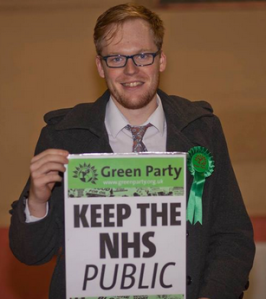 This was the the area in which Ashley Wakeling put in such a huge effort in the Uplands by-election last year. His relative success here has therefore been earned by the good old time-honoured methods of knocking doors and having a profile in the community. With another 10 years of such effort he could earn the right to get close. But he won’t do that. He is a student who is unlikely to make a long-term commitment to staying in Swansea. The impetuosity of youth was also shown the the night of the by-election last year when he expressed the view that his (perfectly creditable performance) was unsatisfactory and indicative that he should look for another ward that he could storm more successfully. It just doesn’t work like that! 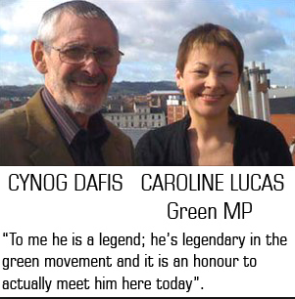 I mention the ‘last place’ because it was significant that there were only 6 candidates, unlike the two above that had to contend with 8 and 9 respectively (there were 10 in Bridgend!). This makes it all the easier to secure the magic 5% figure. Beyond this, it is also the seat with the longest history of meaningful Green activism and electoral activity. Indeed, the very first Green Party MP was elected here in 1992 – Cynog Dafis was elected on a joint Green Party/Plaid Cymru ticket. Chris Simpson put up his own deposit there in the 2011 Welsh assembly Election and got it back with 5.2% of the votes. Again, if they were not going to get it back here, given all the conducive circumstances, they would have to be doing something seriously wrong.

There is, of course, another dimension to the Ceredigion story. It is the seat that I have courted controversy over by urging the Greens to stand aside, in order to help the ecosocialst Plaid Cymru candidate to take the seat from the neoliberal Lib Dem incumbent. As it turned out, it would not have made the crucial difference that it might. Mike Parker needed another 3000 votes and the Greens only had 2000 votes. What proved critical here was the astonishingly strong local support for ‘Mark Williams, the man’, rather ‘Mark Williams, the Lib Dem’. Given the fortunes of Lib Dems more widely, he deserves respect for this achievement. Well done him!

This is not to say that I was wrong in the principle of what I was asking for. I continue to believe that a strong, united anti-austerity voice is needed if we are to ever defeat the establishment parties. Wales Green Party stand steadfastly against this and continues to bask in the shimmer of superficial success.

I have long maintained that political success has to be built from the ground upwards. Greens cannot breakthrough in big elections until they do it in local elections first. What hope is there of that in 2017 with the current approach of the Wales Leadership? I predict another attempt to run before they can walk next year at the Welsh Assembly Elections. Pippa will be spouting off about expecting at least 3 assembly seats before you know it. They will fall flat on their faces again, and further jeopardise the prospects of breakthroughs in 2017. Every effort and every resource should have been focussed on active party target wards for the last three years, rather than blown on vanity projects. With two years to go, no properly focussed ‘Target-to-Win’ work is going on anywhere in Wales to my knowledge. 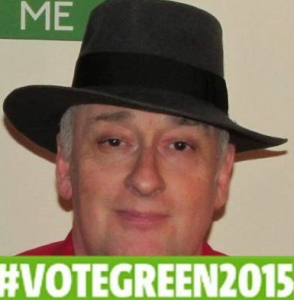 Former WGP leader Martyn Shrewsbury has crawled out from under his stone hoping no-one will remember his fraud conviction and charlatan hypnotherapy practices. He is also a vicious internet troll who hides behind a range of names and persona.

In the circumstances, working with, rather than against potential allies has become more important than ever. But it is a call that continues to largely fall on deaf ears in Wales Green Party. There are several dangerously big egos blocking Wales Green Party doing the right things. Until the (new, naive) membership wake up to how politics actually works and signs up to the years of slog involved, and wakes up to the need for true progressives to work together across party divides , as advocated by Caroline Lucas this week, no real progress will be possible. 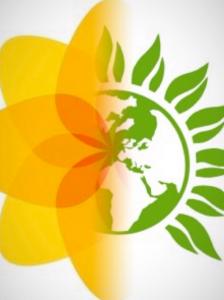 On this basis, I am finally at a point of reaching out to Plaid Cymru and seriously considering joining them for the first time. I have lost patience with the strategic naivety of the Greens at all levels. There are serious issues within PC too, but I sense a greater willingness to address them. Their General Election was more a story of disaster averted (they were predicted to lose 2 of their 3 seats at one point) than meaningful progress made. They kept their 3 seats and kept their vote share. They lost only 8 deposits (£4,000) from all 40 contested. More encouraging is good progress in numerous areas, with a clutch of second places and stronger showings in some areas outside the traditional heartlands. They are in a good position to make good advances next year if (a big if) they can get the messaging right.

Life is a continuous learning curve. Those that learn quickest steal the advantages. The SNP showed this ability in adjusting its messaging post independence referendum. Therein lay the basis of their stupendous success. Let us see who learns quickest in Wales.